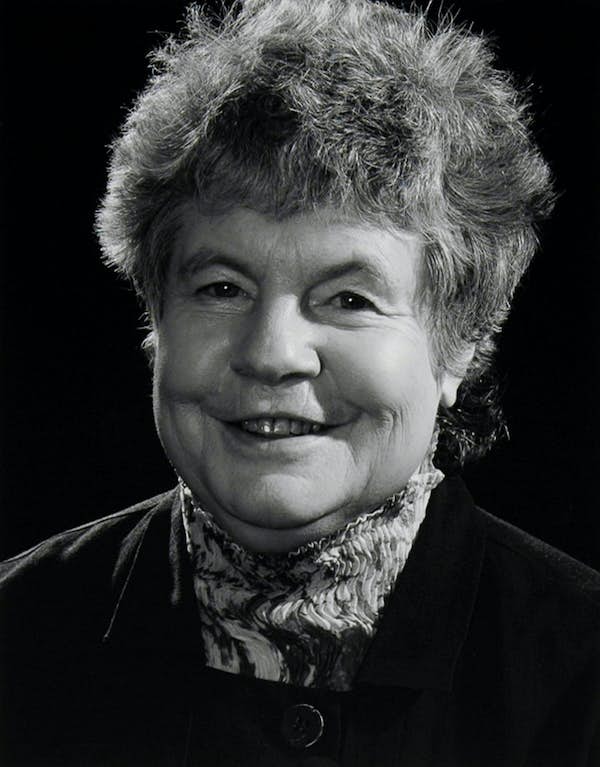 A.S. Byatt, a self-described greedy reader, weaves her many interests—biology, history, and philosophy among them—into her work.  She was already a formidable literary figure in England when she achieved bestseller status in the United States with her Booker Prize-winning novel Possession: A Romance, which was made into a film in 2002.

Another film was made from Morpho Eugenia, the first novella of two in the book Angels and Insects, a Gothic fable that explores the multiple themes of earthly paradise and Darwin’s theories of breeding and sexuality with a parallel between insect and human society implied throughout.

Byatt’s other fiction includes The Djinn in the Nightingale’s Eye, The Matisse Stories, and a quartet of novels about the 1950s and 1960s (The Virgin in the Garden, Still Life, Babel Tower, and A Whistling Woman.) A.S. Byatt’s most recent work is a collection of five short stories entitled The Little Black Book of Stories.

Born in Yorkshire, England, A.S. Byatt read English at Cambridge and continued her studies at Bryn Mawr and Oxford. She was made a Dame of the British Empire in 1999 in recognition of her work as a writer and her overall service and contributions to the United Kingdom.