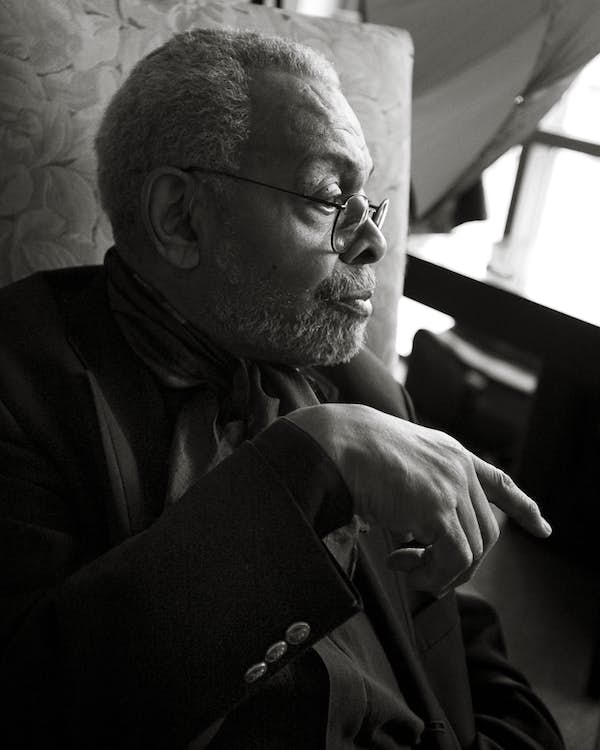 Amiri Baraka (née Everett LeRoi Jones) author of over 40 books of essays, poems, drama, and music history and criticism, is a poet icon and revolutionary political activist who has recited poetry and lectured on cultural and political issues extensively in the USA, the Caribbean, Africa, and Europe. With influences on his work ranging from musical artists such as John Coltrane and Thelonius Monk, to the Cuban Revolution, Malcolm X, and world revolutionary movements, Baraka is renowned as the founder of the Black Arts Movement in Harlem in the 1960s. His recent books include Somebody Blew Up America and Other Poems and Tales of the Out & The Gone.

Balboa, the Entertainer
It cannot come
except you make it
from materials
it is not
caught from. (The philosophers
of need, of which
I am lately
one,
will tell you. “The People,”
(and not think themselves
liable
to the same
trembling flesh). I say now, “The People,
as some lesson repeated, now,
the lights are off, to myself,
as a lover, or at the cold wind.

Let my poems be a graph
of me. (And they keep
to the line, where flesh
drops off. You will go
blank at the middle. A
dead man.

But
die soon, Love. If
what you have for
yourself, does not
stretch to your body’s
end.
(Where, without
preface,
music trails, or your fingers
slip
from my arm