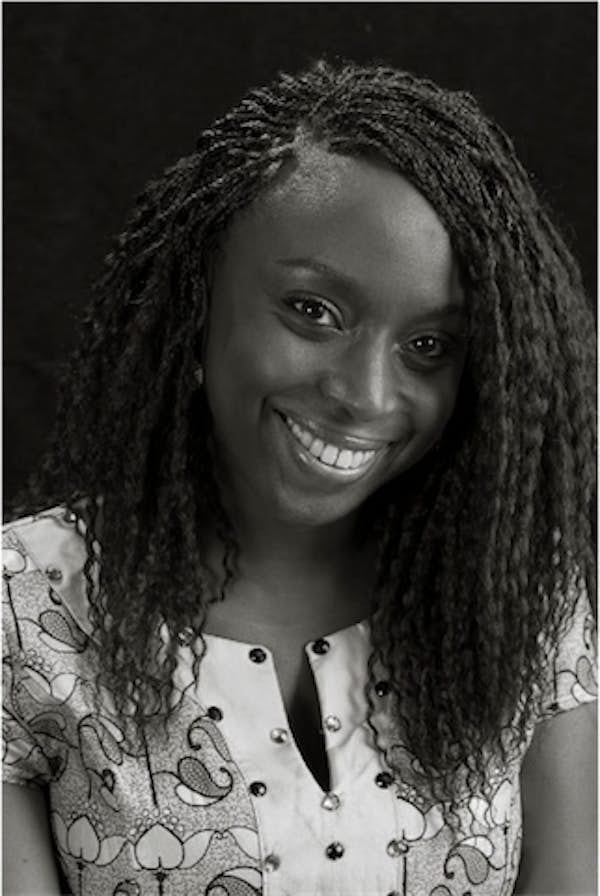 Chimamanda Ngozi Adichie grew up in Nigeria and burst onto the literary scene with her remarkable debut novel, Purple Hibiscus, hailed by critics as “one of the best novels to come out of Africa in years” (Baltimore Sun), with “prose as lush as the Nigerian landscape that it powerfully evokes” (Boston Globe), and won the Commonwealth Writers’ Prize and the Hurston/Wright Legacy Award.

Her second novel, Half of a Yellow Sun, illuminates a seminal moment in African history: Biafra’s struggle to establish an independent republic in southeastern Nigeria during the late 1960s. It won the Orange Prize and was a National Book Critics Circle Award Finalist and a New York Times Notable Book.

Adichie's other books include Americanah, which won the National Book Critics Circle Award and was named one of The New York Times Top Ten Best Books of 2013, and the story collection The Thing Around Your Neck. Her most recent book, Dear Ijeawele, or a Feminist Manifesto in Fifteen Suggestions, was published in March 2017.

A recipient of a MacArthur Foundation Fellowship, Adichie divides her time between the United States and Nigeria.