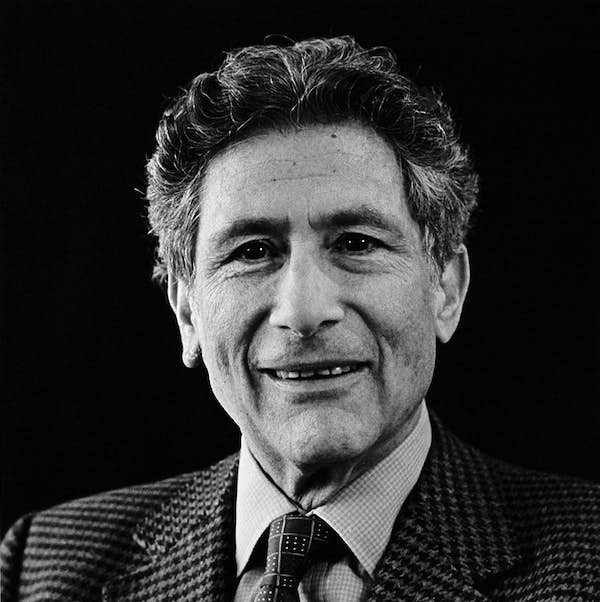 Edward Said (1935-2003) was a renowned cultural and literary critic, public intellectual, and professor of English at Columbia University for 40 years. He was born in Jerusalem, Palestine, and was educated there, in Egypt, and the United States.

His books include Orientalism; The Question of Palestine; Covering Islam; Culture and Imperialism; Joseph Conrad and the Fiction of Autobiography; Representations of the Intellectual; and The Politics of Dispossession. He also published a memoir, Out of Place.

Said was also an accomplished pianist and, with pianist and conductor Daniel Barenboim, he co-founded the West-Eastern Divan Orchestra which brought together young classical musicians from Israel, the Palestinian territories, and Arab countries. Said and Barenboim worked on numerous other projects together and, in 2002, published Parallels and Paradoxes: Explorations in Music and Society, a compilation of their public conversations on music.