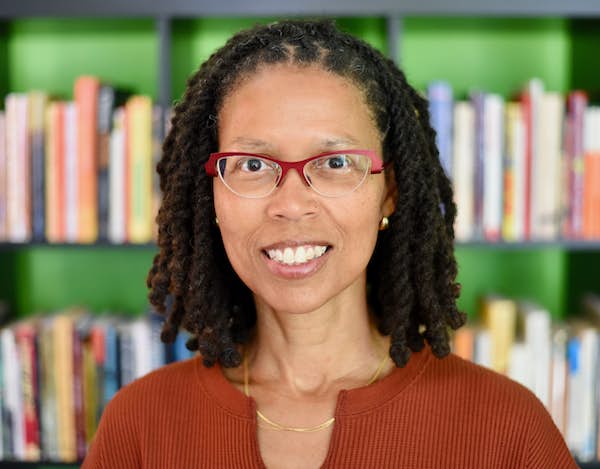 Evie Shockley is the author of three books of poetry: a half-red sea (Carolina Wren Press, 2005); the new black (Wesleyan, 2011), winner of the Hurston/Wright Legacy Award in Poetry; and semiautomatic (Wesleyan, 2017), which also won the Hurston/Wright Legacy Award, and was a finalist for the Pulitzer Prize and the LA Times Book Prize. Her publications include a critical study, Renegade Poetics: Black Aesthetics and Formal Innovation in African American Poetry (Iowa, 2011). Among her honors are the Stephen Henderson Award, the Holmes National Poetry Prize, and fellowships from the Radcliffe Institute for Advanced Study, the Schomburg Center for Research in Black Culture, and the American Council of Learned Societies. She is Professor of English at Rutgers University.