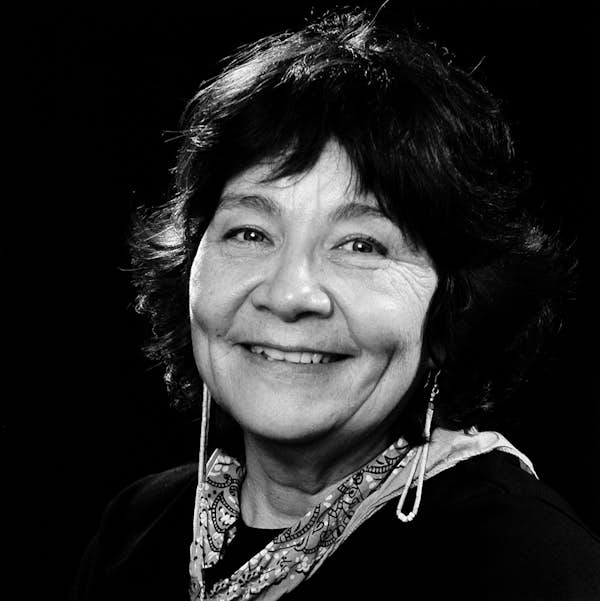 Leslie Marmon Silko was born in Albuquerque, New Mexico, of mixed ancestry — Anglo, Mexican, and Native American — and grew up at Laguna Pueblo.  The Pueblo has been home to members of her family for generations and is where she learned traditional stories and legends from female relatives.

She is the author of six books which include poetry, fiction, and essays.  In her novel Garden in the Dunes, Silko takes the reader on a grand tour of Europe in the era of Henry James, as seen through the eyes of a young Native American girl, Indigo, who is in flight from the destruction at the hands of the whites of her own tribal world.

Silko’s book Ceremony tells the story of a young Native American’s experience returning to his reservation after surviving the horrors of captivity as a prisoner of the Japanese during World War II.  In her book Storyteller, she weaves a magical spell as she re-creates the ancient stories of her own family in prose and poetry infused with a sense of tradition and love of place, yet filled with the harsh realities of hunger, poverty, and injustice.  Silko lives in Tucson, Arizona where is currently at work on a novel, Blue Seven, and on a memoir about the rattlesnakes that live under her dining room floor.