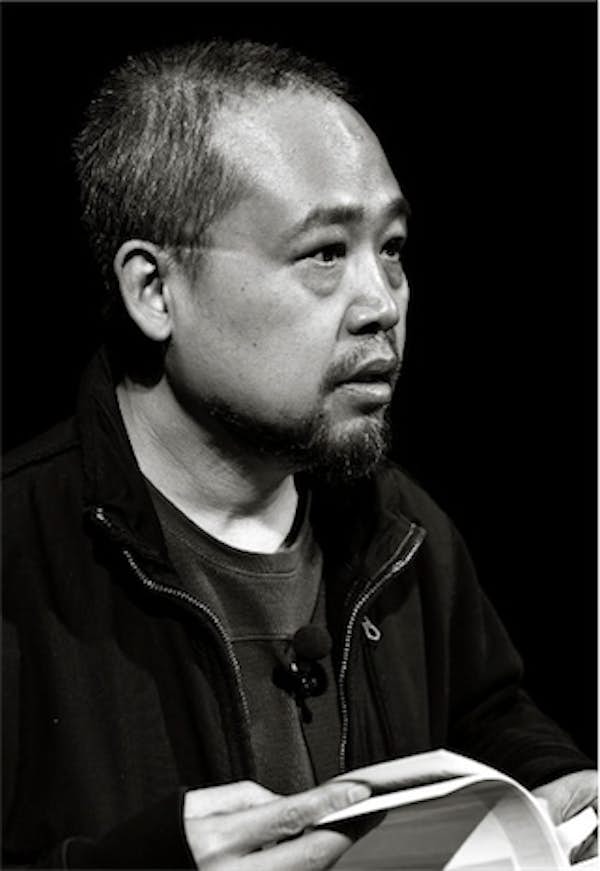 Linh Dinh is the author of Fake House, where we meet American and Vietnamese characters such as a white man considering ordering an Asian mail-order bride; a Vietnamese man wondering why more young women in his village don’t accept money to marry foreigners; and a white woman who believes she’s the ugliest female in the world. His second volume of stories, Blood and Soap, was chosen by the Village Voice as one of the best books of 2004. Dinh has also authored four books of poetry including Jam Alerts, All Around What Empties Out, American Tatts, and Borderless Bodies. He is also the editor of the anthology Night, Again: Contemporary Fiction from Vietnam.

His work has been anthologized in Best American Poetry 2000, Best American Poetry 2004, and Great American Prose Poems from Poe to the Present, among other places. Linh Dinh is also the editor of the anthologies Night, Again: Contemporary Fiction from Vietnam (Seven Stories Press 1996), and Three Vietnamese Poets (Tinfish 2001), and translator of Night, Fish and Charlie Parker, the poetry of Phan Nhien Hao (Tupelo 2006). Blood and Soap was chosen by the Village Voice as one of the best books of 2004.
Linh Dinh was born in Saigon, Vietnam in 1963, came to the US in 1975, and has also lived in Italy and England.