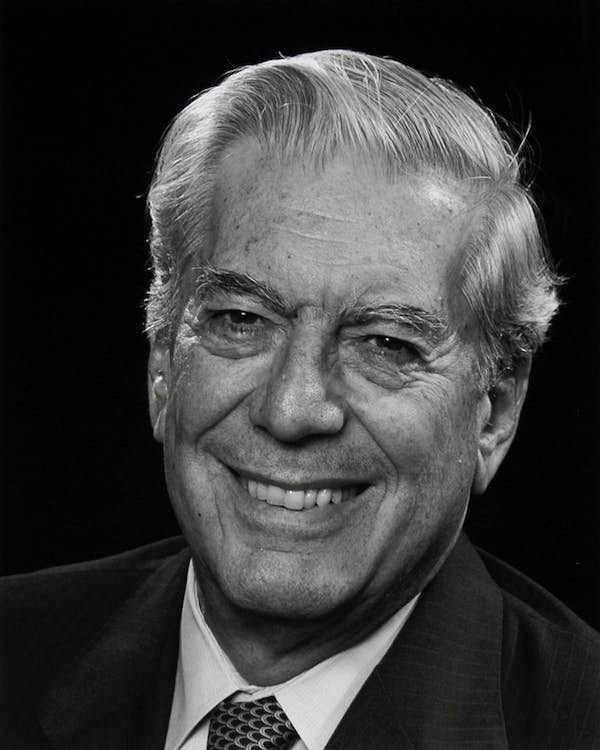 Mario Vargas Llosa, born in Peru in 1936, is the author of some of the most significant writing to come out of South America in the past fifty years.  His novels include The Green House, about a brothel in a Peruvian town, situated between desert and jungle, that brings together the innocent and the corrupt; The Feast of the Goat, a vivid re-creation of the Dominican Republic during the final days of General Rafael Trujillo’s insidious and evil regime; and Aunt Julia and the Scriptwriter, a comedic semi-autobiographical account of an aspiring writer named Marito Varguitas, who falls in love with Julia, the divorced sister-in-law of his Uncle Lucho.

Vargas Llosa is also active outside the literary arena, and was a serious contender for the presidency of Peru in 1990 (eventually losing to the now disgraced Alberto Fujimori), an experience he documented in his memoir, A Fish in the Water.

On the controversial nature of some of his work he said, “The writer’s job is to write with rigor, with commitment, to defend what they believe with all the talent they have. I think that’s part of the moral obligation of a writer, which cannot be only purely artistic. I think a writer has some kind of responsibility at least to participate in the civic debate. I think literature is impoverished, if it becomes cut from the main agenda of people, of society, of life.”