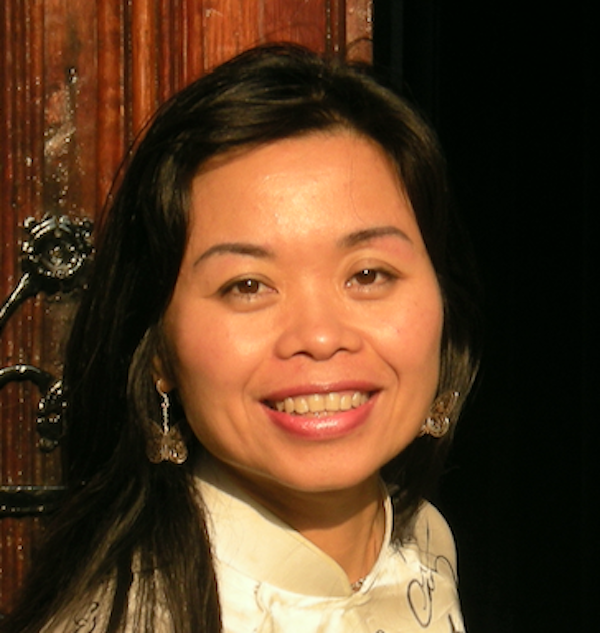 Nguyễn Phan Quế Mai is a Vietnamese citizen who penned her debut novel and first book in English, The Mountains Sing (Algonquin Books, 2020), with the help of a Vietnamese–English dictionary. Born into the Việt Nam War in 1973, she grew up witnessing the war’s devastation and its aftermath. She worked as a street seller and rice farmer before winning a scholarship to attend university in Australia. She is the author of eight books of poetry, fiction, and nonfiction in Vietnamese and has received some of the top literary awards of Việt Nam, including the 2010 Poetry of the Year Award from the Hà Nội Writers Association, the Capital’s Literature & Arts Award, and first prize from the About 1,000 Years Hà Nội Poetry Competition. The Mountains Sing has been named an editors’ choice by the New York Times, a best book club book by Book Riot, a best historical fiction book by She Reads, and a best new historical fiction book by Goodreads. Quế Mai’s poetry collection The Secret of Hoa Sen, translated by the author and Bruce Weigl, was published by BOA Editions in 2014 as part of the Lannan Translations Selection Series. Quế Mai has a PhD in creative writing from Lancaster University in the United Kingdom and currently divides her time between Indonesia and Việt Nam.