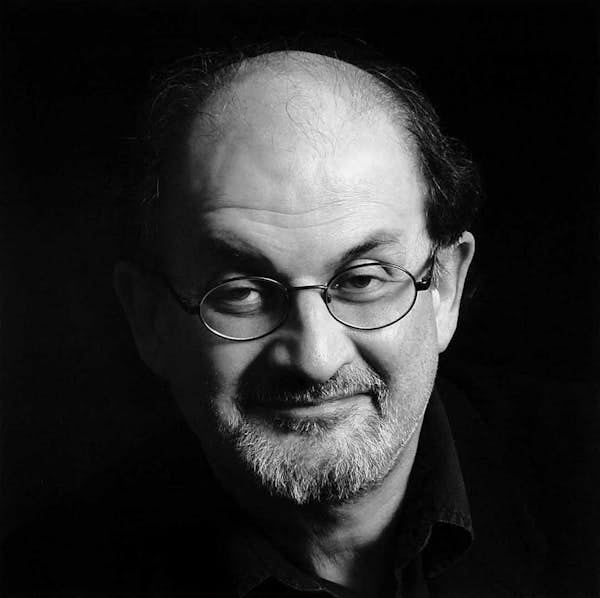 Salman Rushdie is the author of numerous books that take readers on a provocative journey into the world of contemporary literature, politics, culture and philosophy.

Rushdie’s book, Step Across This Line: Collected Nonfiction, 1992-2002 discusses among other topics, the reaction of the media, various governments, and the writer himself to what he calls the “unfunny Valentine” he received on February 14, 1989, from the Ayatollah Khomeini: the fatwa (which was subsequently lifted by the government of Iran in 1998) calling for his death in response to his book The Satanic Verses.  It was while living under constant threat of violence that Rushdie produced some of his most sincere and beautiful work, including The Moor’s Last Sigh and Midnight’s Children.

During this time, he published many essays on intellectual freedom and was founder and first President of the International Parliament of Writers which he says, exists to “fight for oppressed writers and against all those who persecute them and their work, and to renew continually the declaration of independence without which writing is impossible.”

His most recent book, Shalimar the Clown: a Novel set in Los Angeles in 1991, tells the story of Ambassador Maximilian Ophuls, one of the makers of the modern world, who is murdered in broad daylight on his illegitimate daughter India’s doorstep, slaughtered by a knife wielded by his Kashmiri Muslim driver, a mysterious figure who calls himself Shalimar the clown, from whom the book takes its title.