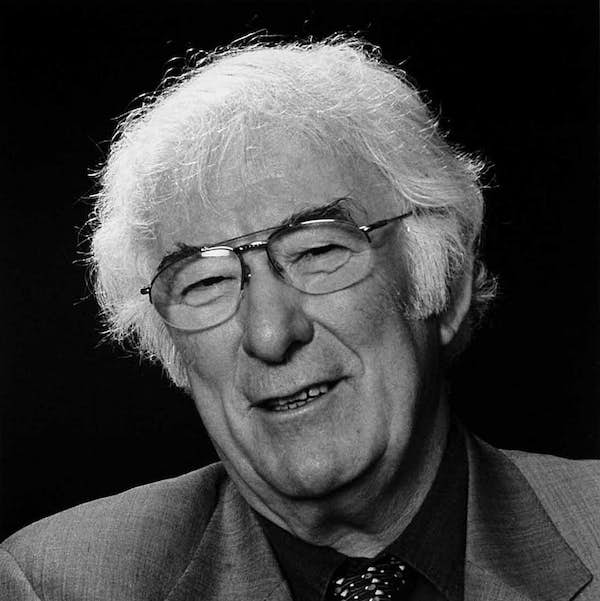 Seamus Heaney‘s (1939-2013) poetry bore witness to Ireland’s complex, violent past and present, articulating the conflicts and tender mercies inherent in human experience. Born into a Catholic farming family in Northern Ireland in 1939, he was a resident of the Irish Republic since 1972.

Since 1981 he spent part of each year teaching at Harvard University, where he served as the Boylston Professor of Rhetoric and Oratory from 1984 to 1998, and was the Ralph Waldo Emerson Poet in Residence.

Heaney, who was awarded the Nobel Prize for Literature in 1995, used all aspects of Irish culture, history, folklore, song, myth, and religion to write poetry that not only described the Irish experience to the reader, but also allowed the reader to feel the experience and emotions of the Irish people. He received a Lannan Literary Award for Poetry in 1990.