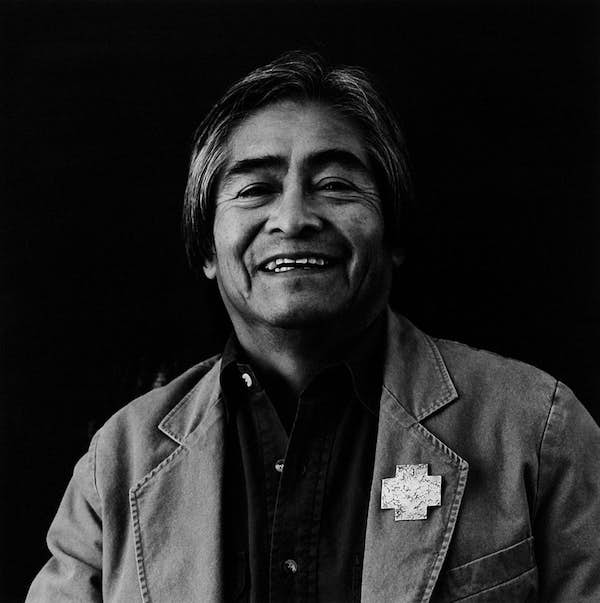 Poet, writer, and storyteller, Simon Ortiz‘s books include Woven Stone, From Sand Creek, and After and Before the Lightning. In the late 1980’s, Mr. Ortiz held official tribal positions as Interpreter and First Lieutenant Governor of Acoma Pueblo, his native community in New Mexico.

As a major Native American writer he insists on telling the story of his people’s land, culture, and community, a story that has been marred by social, political, and economic conflicts with Euro-American society. Ortiz’s insistence, however, is upon a story that stresses vision and hope by creative struggle and resistance to human and technological oppression.