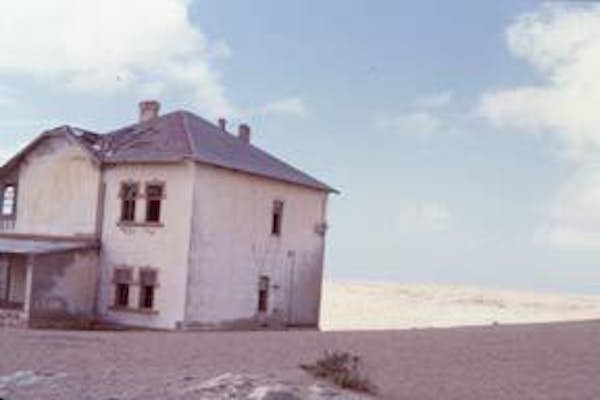 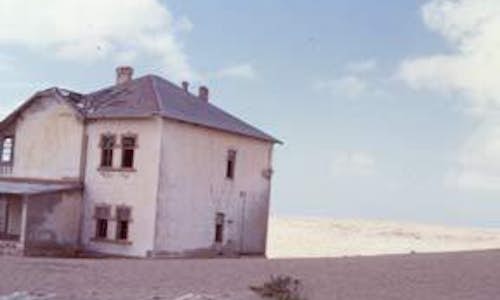 Diamond Sea is a thought-provoking and stunning work created by Mr. Aitken in 1997. After a year of sorting through bureaucratic red tape, Mr. Aitken succeeded in gaining access to film in a guarded region in the Namib desert in southwestern Africa known as Diamond Area 1 and 2. The territory, estimated over 40,000 square miles, has been sealed off since 1908. Within its borders exists the world’s largest and richest computer-controlled diamond mine.

Diamond Sea includes two video projections, one suspended video monitor, and one full-color, illuminated duratrans image in a dimly lit space. Four speakers create a surround sound experience. Each projection shows the video at different sequence, while the monitor presents a fourth in a smaller format. In the installation Diamond Sea Mr. Aitken brings viewers into the center of a forbidden zone.