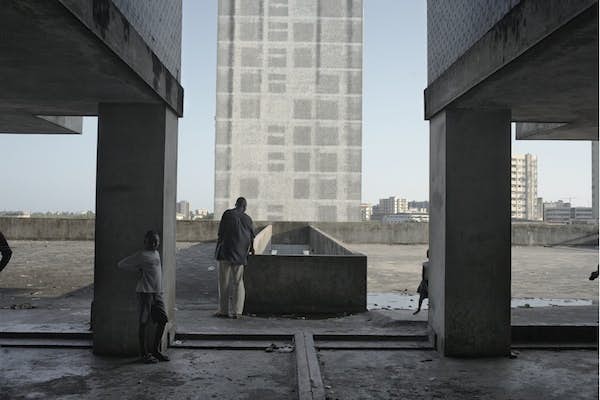 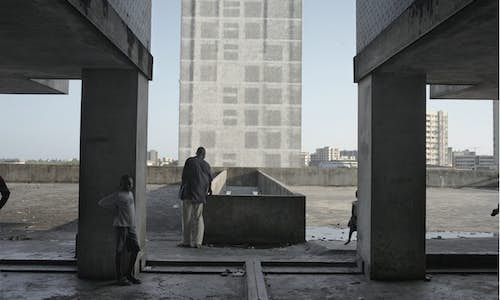 “In many African cities, there are streets, avenues, and squares named after Patrice Lumumba, one of the first elected African leaders of modern times, winning the Congo election after independence from Belgium in 1960… Today his image as a nationalist visionary necessarily remains unmolested by the accusations of abuse of power that became synonymous with later African heads of state.”- Guy Tillim

In May of 1960, Patrice Lumumba, of the Mouvement National Congolais, became the first legally elected Prime Minister of the Democratic Republic of the Congo. Less than one month after his election, at celebrations designed to showcase the country’s independence from Belgium, he delivered a passionate and uncompromising denunciation of continued colonial presence in The Congo. In January of the following year, he was assassinated by firing squad under Belgian orders. His name, carried today by countless African streets, avenues, and squares, has come to represent both the idealism and deterioration of a post-colonial African dream for national unity.

In Avenue Patrice Lumumba, Guy Tillim’s photographs bring into focus the inheritance of colonialism on both a grand and minute scale. Public institutionsor the ruins of themsuch as post offices, schools, administration buildings and, government offices are presented in Tillim’s muted palette. Delicate details come into view through Tillim’s lens: a faded poster promoting HIV/AIDS awareness, long untouched and dusty files, or a local mayor’s handwritten note to himself, “In Life One Must” listing ethical and moral must do’s. Formerly glorious modernist structures, such as the Grande Hotel in Beira, Mozambique, now serve as tenement housing, and a swimming pool at a once posh high school is now empty.

Though one is tempted to grasp for the “what could have been” in Tillim’s images, he explains,

These photographs are not collapsed histories of post colonial African states or a meditation on aspects of late-modernist era colonial structures, but a walk through avenues of dreams. Patrice Lumumba’s dream, his nationalism, is discernible in the structures, if one reads certain clues, as is the death of his dream, in these de facto monuments. How strange that modernism, which eschewed monument and past for nature and future, should carry such memory so well.

Originally a photojournalist, Guy Tillim has spent a large part of his career documenting social conflict in Africa for media agencies including Reuters and Agence France-Presse. While continuing to focus on the social and natural challenges on the African continent, his working style has evolved into a much more subtle and enigmatic approach. He has photographed child soldiers in the Democratic Republic of the Congo, refugees in Angola, and people who live in the high rises of Johannesburg.

As the recipient of the first Robert Gardner Fellowship in Photography granted by the Peabody Museum at Harvard University in 2007, Tillim traveled through Angola, Mozambique, the DR Congo, and Madagascar. He sought not only the action and drama typical of a journalistic approach, but also quieter scenes, allowing his work to straddle the media and fine art worlds. Of his project Avenue Patrice Lumumba Tillim explains, “Modernist architecture was the hook on which I hung the project, but it is not about that architecture &emdash; it’s not a survey. Rather, these were the places that I had got to know while working as a photojournalist; I had always been struck by the bizarre stage that they provided.”