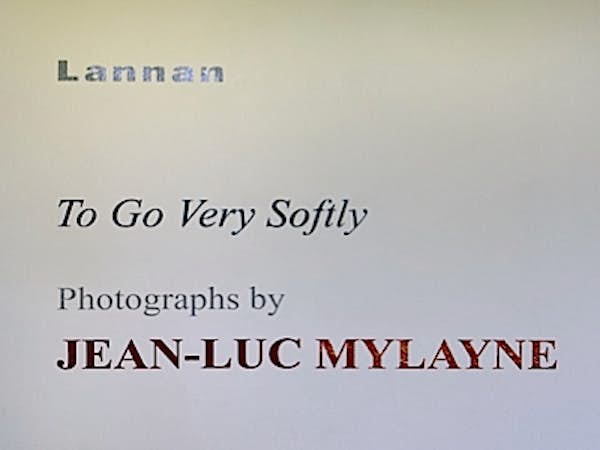 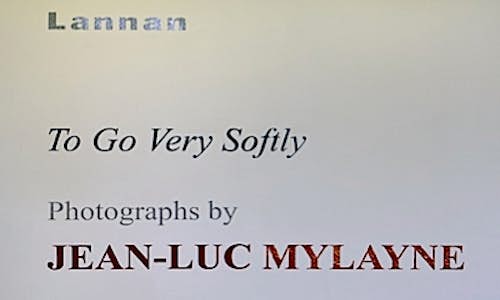 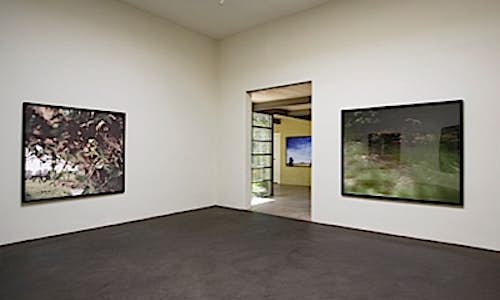 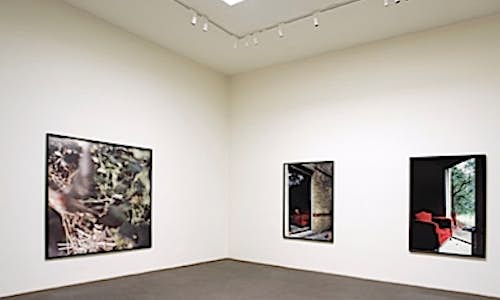 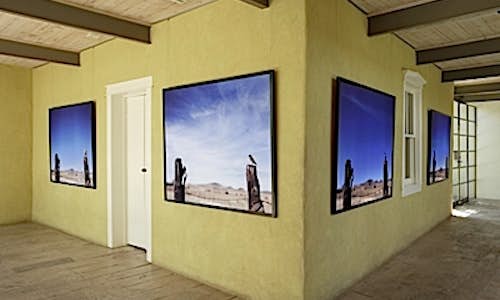 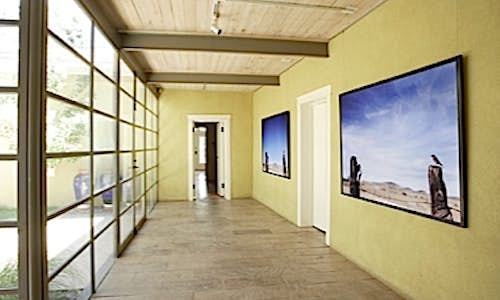 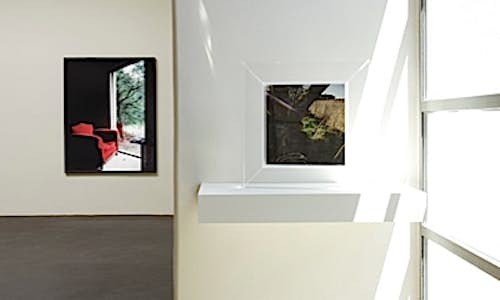 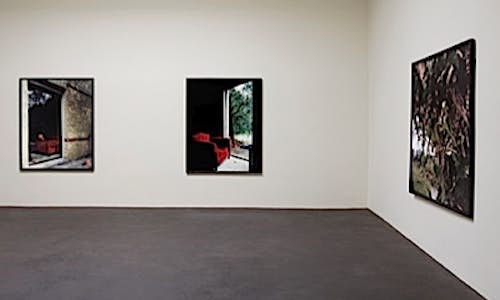 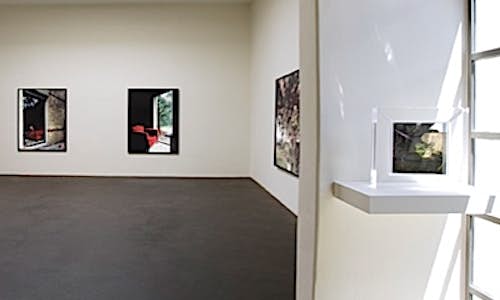 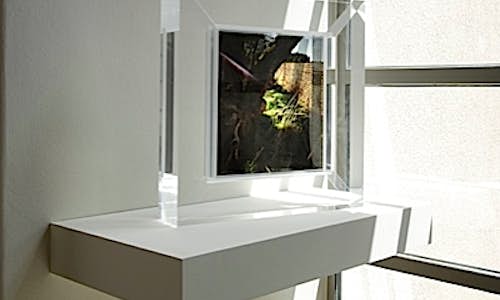 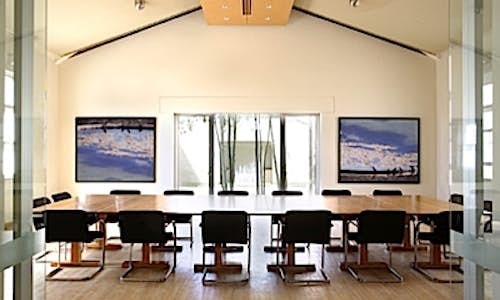 “It is necessary to analyze, to go very softly in order to make these images. It is not only about capturing a likeness of a bird; it’s about understanding ourselves, about how we fit into the life of birds.” - Jean-Luc Mylayne

In 1976, Jean-Luc Mylayne made the decision to sell his house, car and possessions in the pursuit of his art, accompanied only by his wife and collaborator, Mylène. Since that time, he has produced over 400 unique photographs.

Having worked mainly in his native France, Mylayne began what would be a five-year-long project of photographing the three species of North American bluebirds with a Lannan supported exploratory visit to northern New Mexico in 1999. This was to be the start of what Mylayne describes as a worldwide “project about the color blue, the blue of the birds and the sky.” It was here in New Mexico that he was able to realize a childhood ambition: “Since I was ten years old, I knew that I would come here for the bluebirds. In particular, I wanted to work with these three species of North American bluebirds because they have the most incredible blue color. I looked for a long, long time to find a place to see all three species at the same time.”

Jean-Luc and Mylène returned in 2003 and began working at a ranch in Bernal, New Mexico. For two consecutive winters Mylayne worked to capture images of bluebirds in the snowy dry landscape of the high desert. When it became apparent that colder winters were driving the birds further south, Mylayne again set about finding the ideal location. It would be on a ranch in the west Texas town of Fort Davis where Mylayne’s dream would be realized. There he would witness the mountain, eastern and western bluebirds, all in one locale. After a few years, many transatlantic trips, and a multi-year Lannan Fellowship, over 200 images would be created during Mylayne’s southwestern sojourn, 19 of which are now included in the Lannan collection.

A self-taught photographer and thoughtful scholar of philosophy, Mylayne’s work is an exploration of temporality and the relationship of humankind to both nature and the environments in which we live and how we perceive them. The titles of the works, for example No. 365, février -mars (February – March) 2006, reveal the length of time invested by Mylayne in taking each photograph. The importance of documenting the passage of time is further supported in the obvious absence of information concerning the location and species of bird. Mylayne has described the birds in his artworks as “actors” while he plays the role of “director.” Jean-Luc and Mylène physically and artistically inhabit the location where the work is made, often living away from their actual home for months at a time. Mylayne scouts the location for backdrops or “sets” that inspire him and then carefully watches the birds that occupy the space, all the while noting their habits, routines and expressions within that space. He explains, “Each mis-en-scène demands about three months of effort. It’s very important to understand this about my work. It is necessary to go very softly in order to make these images. It is not only about capturing a likeness of a bird; it’s about understanding ourselves, about how we fit into the life of birds.” Once his camera equipment is in place, he waits for the arrival of his subjects who, in the process of becoming accustomed to Mylayne and his photographic paraphernalia, respond by staying long enough to be captured on film, often gazing directly into the lens.

Unlike a wildlife photographer, Mylayne eschews telephoto lenses and camouflage, often working in a brilliant red sweater, and chatting to the birds in a private language that seems to transfix them. Instead, he uses a cumbersome large format 8 x 10 film camera equipped with over 50 handmade lenses, many that he has personally designed, allowing him to alter the depth of field and provide multiple points of focus. His unique approach allows him to capture a moment on film as one would experience it having been physically in that moment, “just as it would if we were to perceive it with our eyes.”