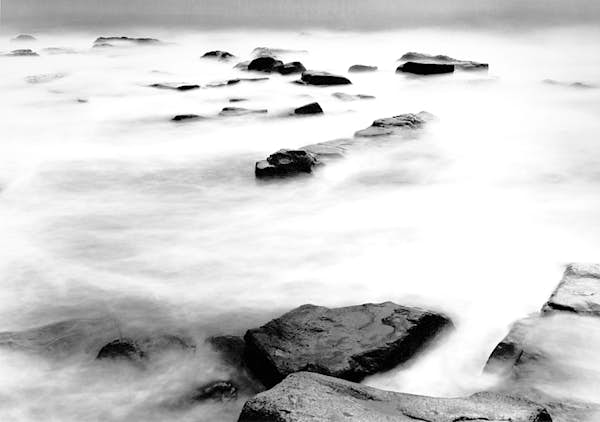 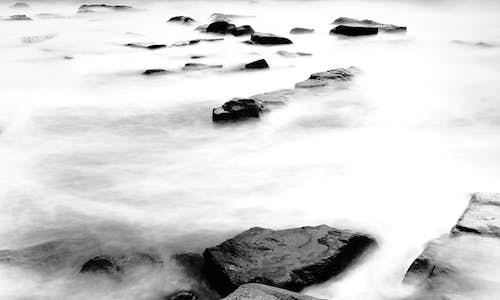 Charting a two-year journey to the polar regions of the Atlantic basin, the exhibition True, from renowned international photographer Thomas Joshua Cooper, presents new works from the series The World’s Edge, an ongoing work that seeks to map the extremities of the land and islands that surround the Atlantic Ocean.

For the past 30 years, the artist has traveled to some of the most isolated and far-reaching locations across the globe, making images with his 19th century Agfa camera and specially made photographic plates.

The World’s Edge was initiated in 1990. The inspiration for each work stems initially from a location found on a map, researched and tracked down, and after often difficult journeys by air, sea and land, only one photograph is made per location. The World’s Edge began with trips to chart Europe and Africa and has recently included the polar regions. The last outstanding journey, along the Atlantic coast of North America from Labrador through to Cape Cod and on to Key Largo, is planned for spring 2010.

The works in this exhibition include images made in the North and South poles, at the northernmost land points of Norway and Greenland, and the most northerly point of the Antarctic Peninsula, Prime Head, which has had fewer human visitors than the Moon.

The exhibition True required some of the toughest journeys for Cooper to date: over three months at sea, sailing into areas marked as “uncharted dangers” - territories where rescue teams never venture and in which insurance companies are not able to provide coverage - and treacherous weather conditions, including extreme storms caused by El Niño and being snowed in at the South Pole for 13 consecutive days.

Some of the remarkable details of this journey are revealed in the essay by Ben Tufnell in the exhibition catalogue, True. “On 6 March 2008, after over 50 days at sea on the motorized sailing vessel, Northanger, Thomas Joshua Cooper landed at Prime Head, an ice-clad promontory jutting out into the Bransfield Strait, at the mouth of the Antarctic Sound. It is the northernmost point of Continental Antarctica and one of the most remote places on earth,” writes Tufnell.

Constructed only and always of the landscape, Cooper’s images are devoid not only of figures and animals, but all human trace. Using the chiaroscuro technique - the use of long exposures and low lighting to create distinct areas of light and darkness the resulting images portray the darkness of cold water, white voids of fog, submerged rocks icebergs and the geology of rocks.

The exhibition True debuted in London this spring at the Haunch of Venison gallery and was accompanied by a 178-page catalogue, being the third book in the on-going World’s Edge project. In its review, the Financial Times said, “A landscape photographer almost wholly out of synch with the manner of today, Cooper works in a luscious black-and-white register that in True he pushes as far as it will go. There are pictures so white that they contain almost no information, and a couple (of the polar night), are almost entirely black.”

Concurrent to the exhibition at Lannan, the artist’s work will appear in Manmade: Notions of Landscape from the Lannan Collection at the New Mexico Museum of Art, on view from October 9, 2009 to January 13, 2010. Thomas Joshua Cooper will present a lecture in conjunction with Manmade on Thursday October 15 at 6 p.m. in the St. Francis Auditorium in Santa Fe. All of the photographs in the Santa Fe presentation of True are in the collection of Lannan Foundation.

Thomas Joshua Cooper (b. 1946, San Francisco) studied art, philosophy, and literature at Humbolt State University before completing his Masters of Art in Photography (graduating with honors) at the University of New Mexico in 1972. His first solo show was held in 1971, and since then, he has been the subject of over 85 solo exhibitions throughout the world.

Thomas Joshua Cooper has received numerous awards including a Photography Fellowship from the National Endowment for the Arts (1978); a MacArthur Fellowship (1997); and, most recently, a John Simon Guggenheim Award (2009).