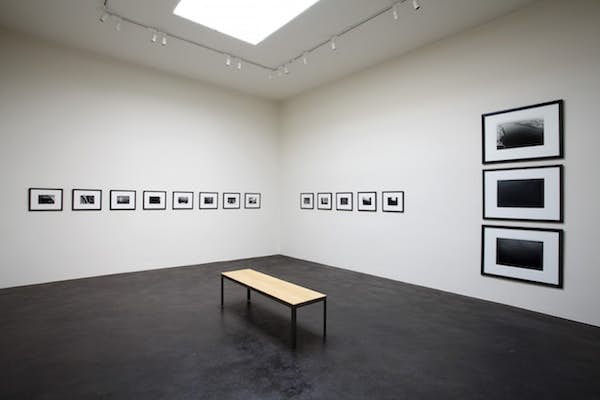 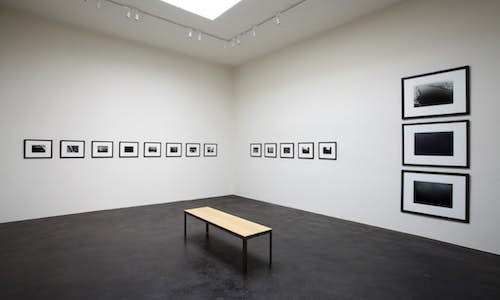 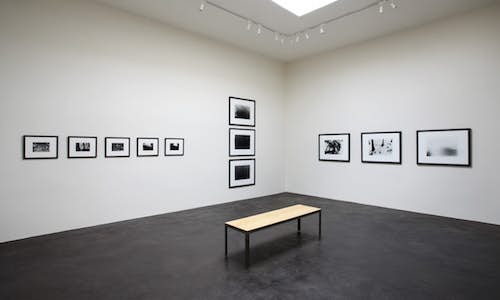 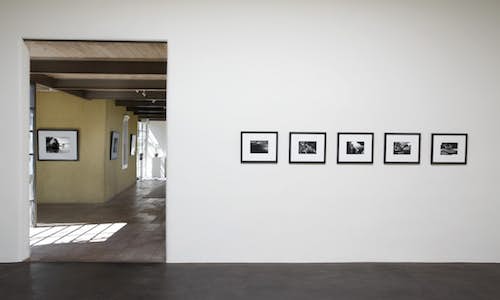 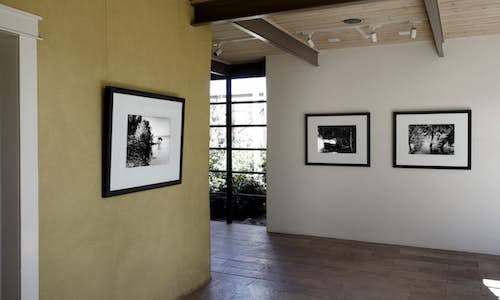 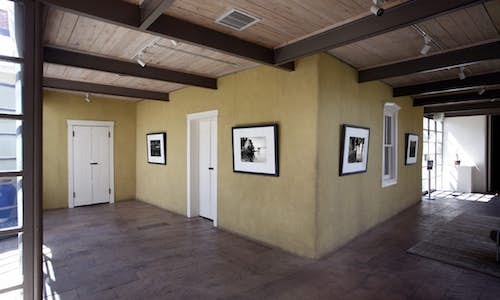 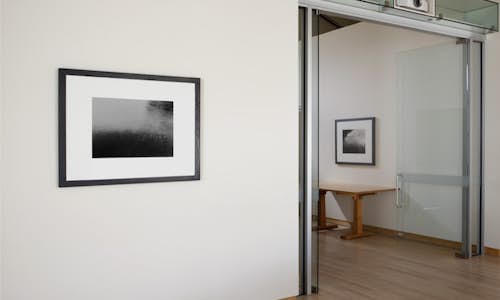 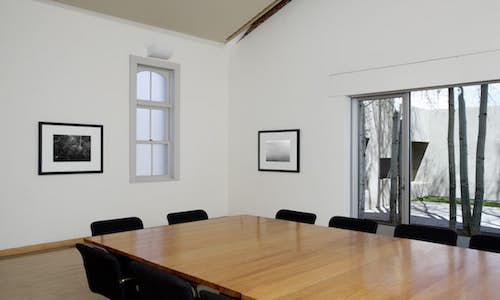 Swing low, sweet chariot
Coming for to carry me home

While primarily known for his photographs of oceans and seas, Thomas Joshua Cooper has also set his sights on rivers across Europe, North America, South America and Africa. Within his ongoing twenty-five-year-long project, The Worlds EdgeThe Atlantic Basin ProjectAn Atlas of Emptiness and Extremity, Cooper has made pictures (the artist is explicit that he makes rather than takes pictures) of major rivers on four continents including the Plate in Argentina, the Mississippi in the U.S., and the Rhine in Germany. Cooper also recently presented an exhibition in the U.K. of Scottish work entitled Scattered Waters: Sources, Streams and Rivers. In the accompanying catalogue he writes, I have lived near, played by and travelled along these rivers during the 32 years that Scotland has been my home.

The Lannan exhibition turns its view towards America and includes larger well-known rivers like the Hudson and the Rio Grande as well as smaller, more personal locales to the artist such as the Pecos in New Mexico and the Little Blue in Oklahoma. The exhibitions title, Carry Me, takes its name from the American spiritual song Swing Low, Sweet Chariot written by Wallis Willis, a Choctaw freedman in the former Indian Territory of what is now Choctaw County, Oklahoma. Taking the Red River as inspiration, Willis crafted this hymn in reference to the Jordan River and the Biblical passage where the Prophet Elijah is taken to heaven by a chariot. Metaphorically, the song represents the Underground Railroad and the passage of African American slaves from the South to their freedom in the North. This song, with its inspirational river and uniquely American story, is poignant as it reminds us of works by Cooper included in the Carry Me exhibition.

In his series Drowned Trees Along the Mississippi: From Source to SeaContinuing Observations on an American History of Place, Cooper includes the phrase “Trail of Tears” in two titles, referring to his father’s Cherokee family members who once lived along the Mississippi and were some of the first Native Americans of the region forced off their land and, as Cooper explains, “made to cross the river,” heading west towards Oklahoma in 1838-1839. A note that accompanies the above work reads:

A start point for the Trail of Tears, and forced removal of the Cherokee Nation, from their traditional homelands East of the Mississippi River, to the West and across the Mississippi to involuntary relocation into Indian Territory. This action was made possible, and legal, by the Act of Congress, the Indian Removal Act (1830).

Of this Cooper said, “It was a forced removal and relocation; something we now call ethnic cleansing.” This piece connects to an earlier work by Cooper entitled, Remembering My Fathers Tribal Grandparents, On the Little Blue, Southwest of the Unita Homestead, The Cherokee Nation, Maries County, Oklahoma, U.S.A., 2003/2004. He considers the earlier work to be about redemption as, despite their forced relocation, Oklahoma became a good home for his Cherokee family for at least two generations until the Dust Bowl.

The Drowned Trees title for his Mississippi series emerged when Cooper was on site, photographically mapping the river from its source in Minnesota to its finish in Louisiana. He was drawn to what he calls the bog cotton, a grass that grows along the river’s edge. His guide used a phrase that struck Cooper immediately, “The dark path is the river.” Cooper noted that trees were growing in the source stream and had died because the water was too deep. He consented that rivers ebb and flow, but that an astounding number of trees along the river’s edge were dead or “drowning.”

In making the Mississippi pictures Cooper wondered, “What does it take to make people deal with the fragility of things?” The trees brought to mind for him the notion of “to discard.” Cooper was listening to American Blues music throughout this voyage and was deeply influenced by the lyrics, making him think, “This river tells me everything I need to know about the state of America.” In all, he hopes the Drowned Trees series will, “Remind people that history is personal. It doesn’t happen to the ‘other,’ it happens to us.”

Thomas Joshua Cooper is a modern day explorer, having traversed the same routes as Columbus, Magellan, and Drake, to name a few. An avid reader of history and exploration, Coopers library includes Mountaineering in the Sierra Nevada, published in 1872 by Clarence King, a Yale-educated geologist and mining engineer, who, along with the photographer Timothy H. OSullivan, created the first geological survey of a cross-section of the Rocky Mountains, including Shoshone Falls, Idaho, where OSullivan made some of his most striking images. In 1987, while working at Gullfoss (Golden Falls) in Iceland, Cooper remembered Kings description of coming upon Shoshone Falls and hearing them before he could see them, I saw the spray rising before I saw the falls itself, and I understood entirely about his experienceI knew I could make a waterfall picture without the waterfall. This early image of Gullfoss served as a starting point for a series of Shoshone Falls images Cooper would make some sixteen years later.

Along with the Mississippi and Shoshone Falls, other rivers such as the York, James, and Potomac make appearances in this exhibition, commemorating early English colonies and the home of George Washington, as well as the site of a victory for the American Revolutionary War General. In the work of Thomas Joshua Cooper we see history through a new lens, revealing both darkness and light in American culture that is carried in its waters.