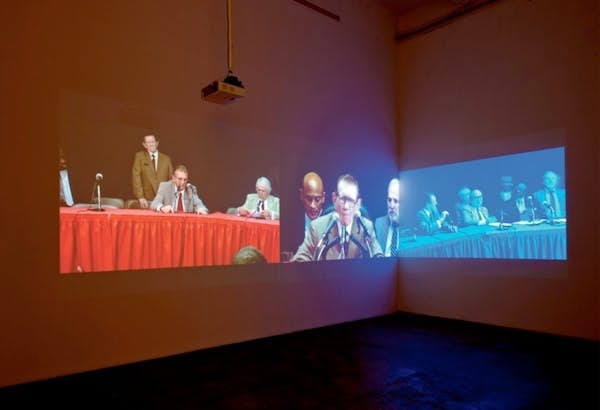 SITE Santa Fe received a grant in support of Mark Tribe’s large-scale work entitled The Port Huron Project, within the group exhibition Agitated Histories. Agitated Histories was on view at SITE Santa Fe from September 2011 to January 2012. Included in the exhibition was The Port Huron Project, composed of videos of reenactments of protest speeches from the New Left movements of the Vietnam era.

Tribe organized each speech to be delivered by an actor or performance artist to an audience of invited guests and passers-by at the site of the original event. Decades removed from their original context, speeches such as Stokely Carmichael’s “Let Another World be Born,” (1967/2008); Angela Davis’ “The Liberation of Our People,” (1969/2008); and César Chávez’s “We Are also Responsible,” (1971/2008) provide an international and intergenerational perspective on history and the nature of protest.