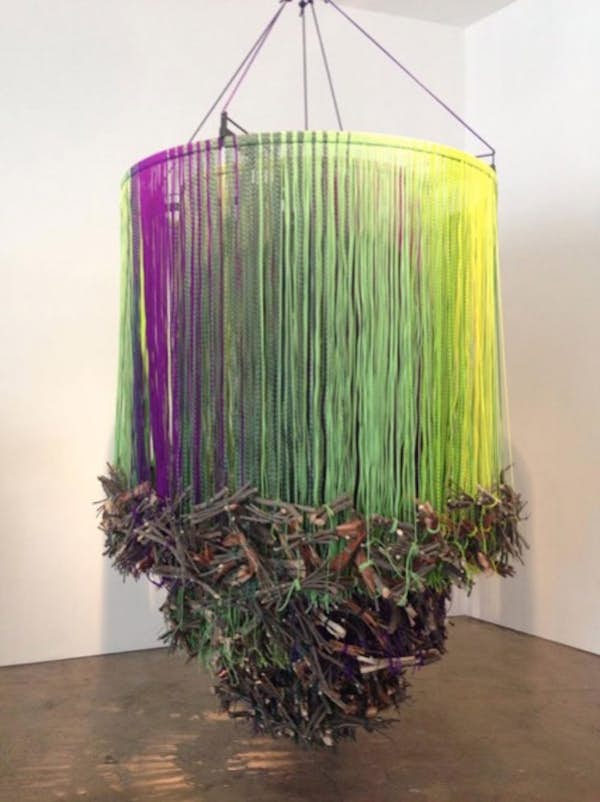 SITE Santa Fe received a grant for its 2014 exhibition of two works by Andrea Bowers, who consciously integrates terminologies, discourses, and tactics from political activism into her work.

In 2011, Bowers and three other activists were arrested for climbing into the trees of an oak woodland habitat in Arcadia, California in an attempt to save a pristine forest of 250 trees from being clear-cut by the County of Los Angeles.  Memorial to Arcadia Woodlands Clear Cut, a sculpture woven from the stumps, logs, and slash that remained after the clear cut, commemorates the lost trees.

Bower’s second project exhibited by SITE Santa Fe, The United States v. Tim DeChristopher, is a single channel video celebrating DeChristopher’s act of civil disobedience when he bid for and won 22,000 acres of land the US Government was auctioning off for oil and gas drilling. The video features interviews with DeChristopher as well as footage of the artist walking the 14 parcels of land near Arches National Park and Labyrinth Canyon.