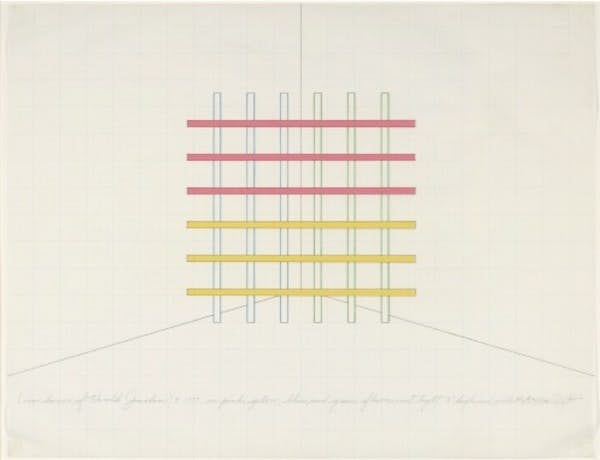 The Morgan Library & Museum was awarded a grant in support of the catalogue for its exhibition, Dan Flavin: Drawings, on view from February 17, 2012 to July 1, 2012. This represents the first major exhibition with a scholarly catalogue to explore the important role that drawing played in Flavin’s career. Although the artist is best known for his fluorescent light installations, Flavin (1933-1996) was also an avid draftsman.

The artist produced numerous sketches to plan his light installations and regularly drew portraits and landscapes from life, all of which were included in the exhibition. Also shown was Flavin’s personal collection of drawings, including nineteenth-century American landscapes by Hudson River School artists, Japanese drawings, and twentieth-century works by some of Flavin’s contemporaries and friends. The accompanying catalogue is a 224-page book with 150 illustrations and three essays. The exhibition was produced with full cooperation of Stephen Flavin, the artist’s son and principal lender. Dia Foundation also lent drawings from the artist’s collection.