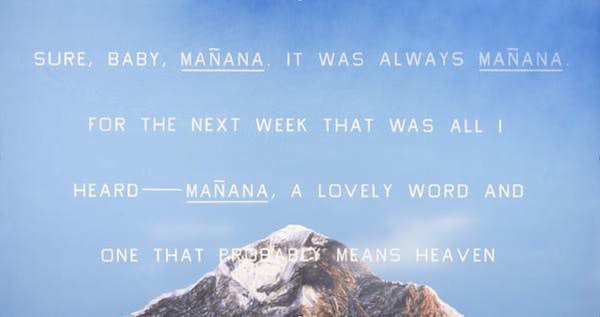 Ed Ruscha: On the Road Exhibition

The Hammer Museum received a grant in support of its exhibition, Ed Ruscha: On the Road, on view from June 4 to October 28, 2011. This exhibition brought together two great visionaries of art and language: artist Ed Ruscha and Beat novelist Jack Kerouac. Both men revolutionized the use of language to illustrate and comment upon the shifting character of the American cultural landscape.

In 1951, Kerouac wrote On the Road in a mere 20 days, feverishly recording his travels through 1940’s Mexico and the United States. More than 50 years later, Ruscha found inspiration in Kerouac’s words for a series of paintings and drawings that incorporate the text of the radical novel. As Douglas Fogle suggests, “It is completely fitting that Ed Ruscha would take up the challenge of looking at Kerouac’s On the Road. In many ways Ruscha’s entire career has offered an artistic corollary to Kerouac’s linguistic portrait of the American landscape, giving concrete visual form to the poetry of our vernacular roadside.”

The exhibition was also on view at the Denver Art Museum through April 22, 2012.