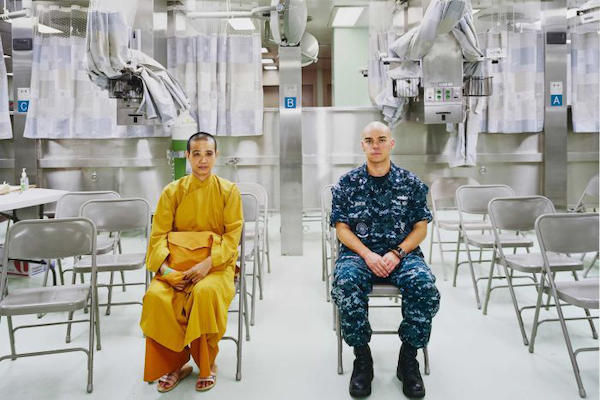 In 2014, Aperture Foundation received a grant for the publication of An-My Lê: Events Ashore, a book of photographs by An-My Lê. Inspired by her personal history as a political refugee from Vietnam as well as the geopolitical forces and conflicts that shape the landscapes from humanitarian missions around the world, Lê’s photographic work follows the U.S. Navy and primarily focuses on non-combat roles. Covering strategic trainings and engagements in the U.S., Africa and Asia, the North Arabian Gulf and Indian Ocean, as well as scientific missions in the Arctic and Antarctic, Lê states, “A polarizing subject in popular imagination, the U.S. military has inspired fear, patriotism, debate and suspicion. My goal has been to give a visual analog to that complex topic, to address issues of power and fragility.” The book was published in October 2014.