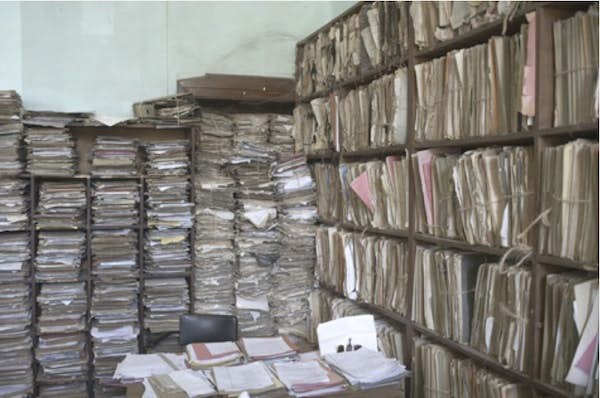 The Museum of Contemporary Photography received a grant in support of presenting and touring the exhibition Guy Tillim: Avenue Patrice Lumumba, on view in Chicago from January 10 to March 7, 2011. This series records the architecture of colonial and post-colonial Africa, looking at the many city streets named after Patrice Lumumba, one of the first elected African leaders of modern times. Lumumba became the first Prime Minister of the Democratic Republic of Congo in 1960 after he helped his country gain independence from Belgium.

In many African cities, there are streets, avenues and squares named after Patrice Lumumba. His speech at the independence celebrations in Lopoldville, in the presence of the Belgian King, Baudouin, unequivocally signaled his opposition to the West’s idea of neo-colonial order that would replace overt domination with indirect control. He was assassinated in January 1961 by Belgian agents after UN complicity in the secession of the provinces of Katanga and South Kasai, and a Western power-supported military coup led by Mobutu Sese Seko.

Guy Tillim embarked on this project as the recipient of the first Robert Gardner Fellowship in Photography granted by the Peabody Museum at Harvard University. This exhibition has toured widely in Europe in cities such as Rome, Paris, Amsterdam and will tour in Canada and the United States through 2013.