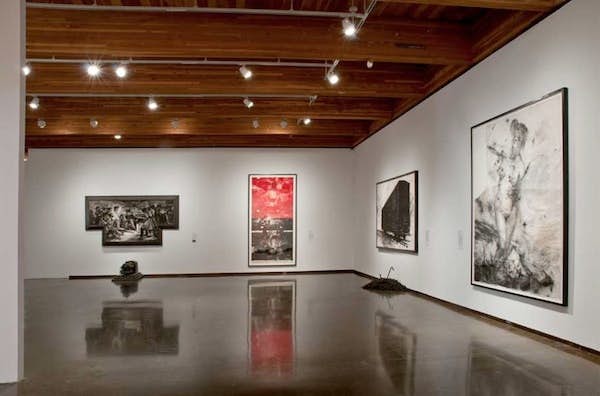 The New Mexico Museum of Art received a grant in support of its exhibition, James Drake: Salon of a Thousand Souls, on view from October 28, 2011 to April 22, 2012. Throughout his 35-year career, James Drake has studied the theme of humanity in all its triumphs, failures, and follies—including war and resistance, desire and sexuality, connection and alienation, greed and gluttony, and vanity.

The exhibition featured both steel sculptures and large-scale charcoal or pastel drawings by the Santa-Fe artist, including several never-before-exhibited pieces. Works in the exhibition are inspired by both past and more recent historical happenings such as the Mexican Revolution, the Spanish resistance during French occupation, realities of life on the U.S.-Mexico border, or the deaths of 18 illegal immigrants. A fully illustrated publication accompanied the exhibition.