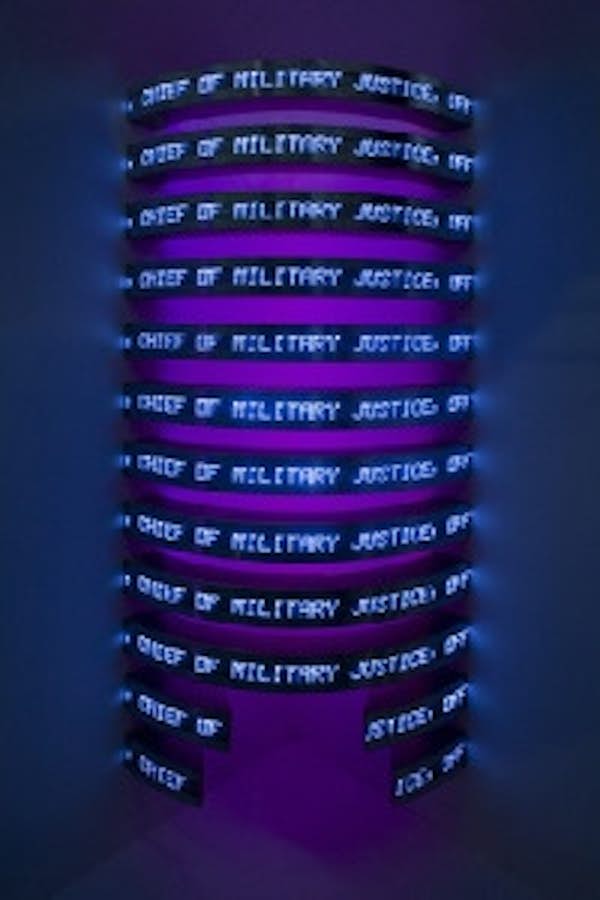 Holzer is considered one of the most significant and pioneering contemporary American artists, both for her use of language and the written word as a carrier of content, and for her use of non-traditional media in public settings as vehicles for that content. On view from October 21, 2008 to February 1, 2009, the exhibition featured graphic works, electronic signs, and light projections made from 1990 to the present. The exhibition, which was organized by MCA Chief Curator Elizabeth Smith, was presented first in Chicago and toured subsequently to the Whitney Museum of American Art, New York and the Fondation Beyeler, Basel, in addition to other American and European venues.