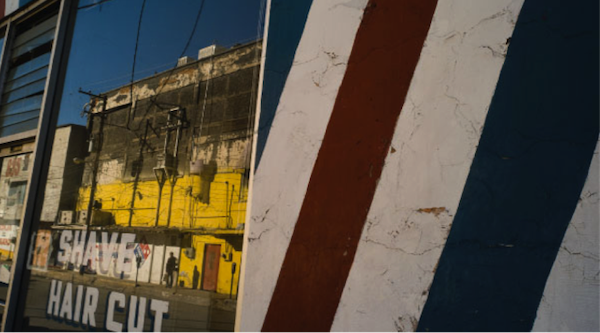 The Stanlee and Gerald Rubin Center for the Visual Art, University of Texas at El Paso

The Rubin Center at the University of Texas at El Paso received support for the publication of Julián Cardona: Stardust: Memories of the Calle Mariscal. The book will feature a series of photographs documenting the Calle Mariscal in Ciudad Juárez from 2007 to 2011, just before it was completely razed by the city. One of the most notorious streets in this infamous border town, the buildings were systematically demolished in an effort to curtail the violence and lawlessness it supported. Cardona created this body of work in an effort to prevent the erasure of the public’s memory of this famous street and its role in the history of the U.S.-Mexico border. The publication will feature an essay by writer Willivaldo Delgadillo and includes transcripts of interviews conducted by Cardona on the Calle Mariscal with some of its more colorful inhabitants. As the Rubin Center at the University of Texas at El Paso noted, “Cardona not only documented the Calle Mariscal before its destruction in a series of stunning photographs, but also interviewed people who lived, worked, or visited there.”