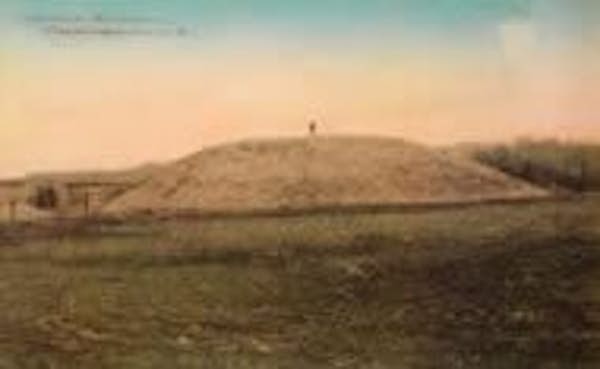 Lannan contributed to the presentation of Miles Coolidge: Indian Mound Postcards, on view at the

Harwood Art Museum from 12 January 24 March, 2004. The exhibition features large format photographic reproductions of historical postcards which pay homage to the tradition of earthworks in the United States.

Thousands of years before Robert Smithson’s Spiral Jetty and Michael Heizer’s massive earth projects, many Native American cultures were creating ceremonial architecture from mounds of earth. Many of these sites were recorded at the turn of the century by color postcards created for the tourist industry. Today these postcards serve as visual documentation of mound sites that have since been destroyed.

By enlarging these images, Coolidge references the role printed media has on making previously obscure sites well known while also commenting on the historical significance of these sites. The photographs presented in the exhibition were borrowed from Lannan.