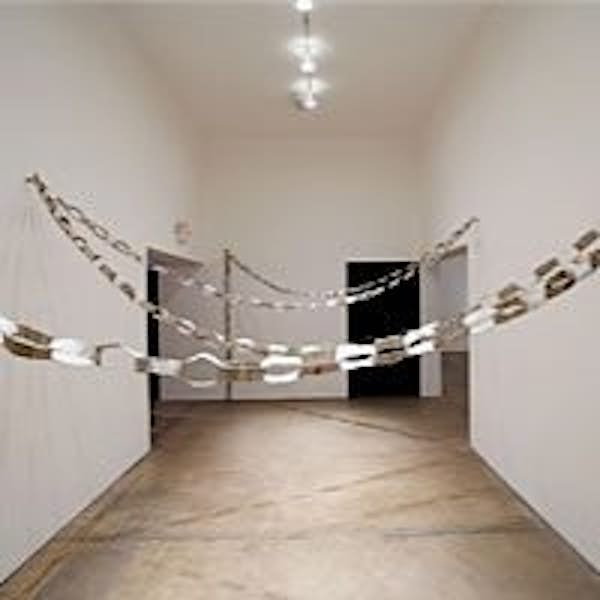 SITE Santa Fe received support for an installation by Polish artist Miroslaw Balka for its Sixth International Biennial, Still Points of the Turning World, on view from July 9, 2006 to January 7, 2007. The Biennial will consist of 13 one-person installations, one of which will be by Balka.  His work has been largely influenced by his upbringing in Otwock, in the outskirts of Warsaw, where 8,000 Jews were dispatched in cattle cars to the death camp of Treblinka in 1942. Over the years the artist’s work has shifted from a realist representation of the human body to a more minimalist conception.  His recent installations have featured video footage filmed by the artist at the Majdanek concentration camp, often combined with salt or soap, indicating rites of passage and renewal.