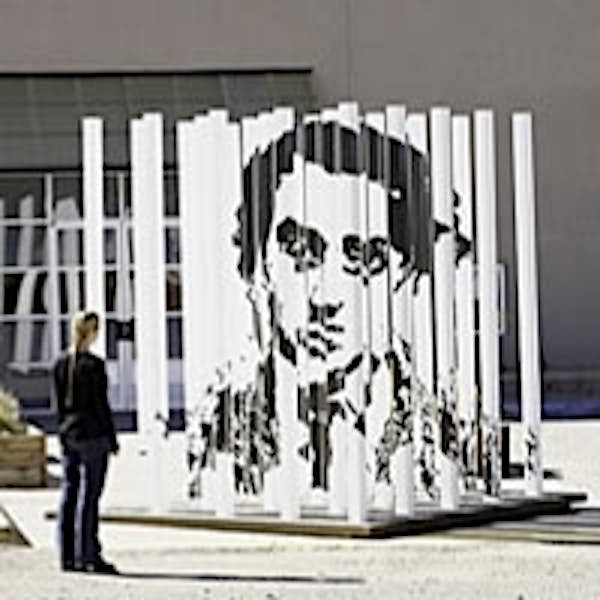 It was installed outside of the museum, at the corner of Paseo de Peralta and Guadalupe Street. The sculpture featured a fragmented black and white photo of the artist’s father, who was a journalist and covered national politics in Argentina. He disappeared on December 12, 1977. As the spectator moves around the sculpture, Guagnini’s face appears and disappears. It is named 30,000 in honor of the total number of Argentinians who disappeared after the military’s coup of 1976.

SITE Santa Fe received support for the installation of a large outdoor sculpture by Nicolás Guagnini.