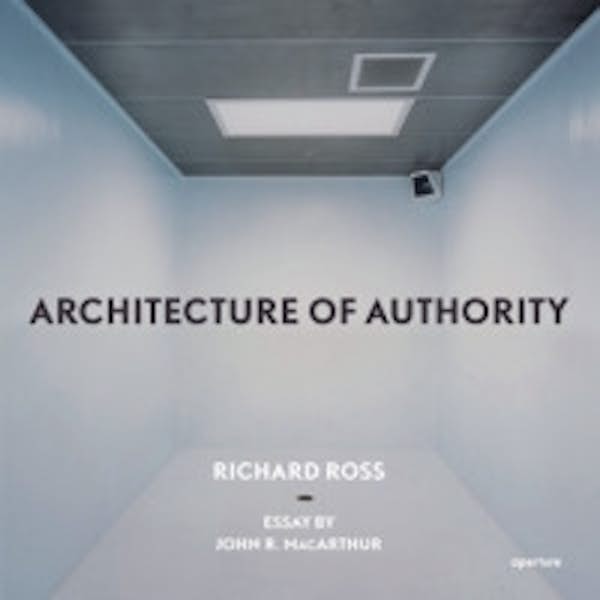 This project was the result of a five-year study of international architectural spaces that houses varying degrees of political, military, educational and spiritual authority. His work is both insightful and harrowing in its portrayal of institutions that often serve to intimidate and interrogate those who inhabit them. Though visually cool, the photographs in Architecture of Authority deal with hot issues: the surveillance that increasingly intrudes on post 9/11 life, the abuse of power in multiple guises, and the erosion of individual liberty. The similarities between the seemingly unrelated structures are striking; as Ross pointed out: “The Santa Barbara Mission confessional and the LAPD Robbery Homicide Interrogation rooms are the same intimate proportions. Both are made to solicit a confession in exchange for some form of redemption or mitigation of consequences—secular and non-secular.”

Aperture Foundation received a grant in support of an exhibition and publication on the work of photographer Richard Ross, entitled Architecture of Authority.