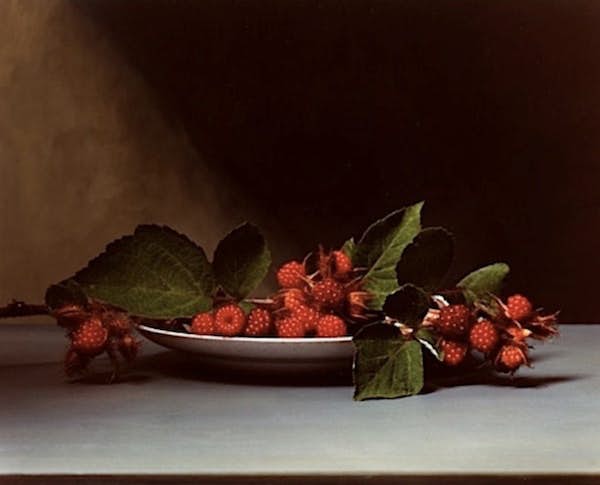 Radius Books received a grant in support of the publication Sharon Core: Early American. Originally trained as a painter, Core has maintained a fascination with the dichotomy between painterly illusionism and photographic reality. Core’s Early American series is based on early 19th century still life painting, with a particular focus on the work of Raphaelle Peale. In order to create exact photographic renderings of Peale’s paintings, Core collected genuine period tableware and grew the fruit and flowers in her own greenhouse.

In regards to this meticulous process, Core commented, “it’s really a means to an end — to create an illusive representation of another time. The photographs are completely traditional, involving no digital media whatsoever, so I am staging the ‘reality’ of an early-19th-century painting in terms of lighting, subject matter and scale…I go to great pains to come at the image from another direction — to mirror it, so to speak.” The Lannan Foundation has four photographs from the Early American series in its collection. This publication will represent the artist’s first ever monograph.