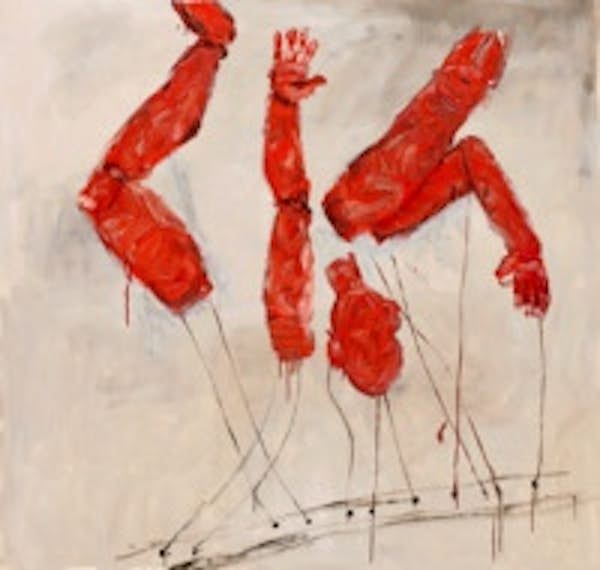 The Georgia O’Keeffe Museum has collaborated with the Fort Worth Museum to include this exhibition in its Living Artists of Distinction series, a program that honors living artists whose works have made distinctive contributions to the history of American modern art. After being on view at the Georgia O’Keeffe Museum, the exhibition traveled to the Miami Art Museum. Moving in Place is Rothenberg’s first solo museum show in more than a decade. The artist and curator Michael Auping, who has known Rothenberg for over three decades, has selected works that span her career from her early horse paintings of the mid-1970s to those from her most recent body of work. Each painting highlights key compositional strategies in a formal narrative in which perceived movement, fragmentation and painterly gesture establish a dynamic interaction with the edges and frames of the canvases. Since the mid-1970s, Rothenberg has been widely recognized as one of the most innovative and independent artists of the contemporary period. From her early years in SoHo through her move to the New Mexico desert landscape, Rothenberg has remained as influenced and challenged by her physical surroundings as she is by artistic issues and her own personal experiences.

The Georgia O’Keeffe Museum received support for its exhibition, Susan Rothenberg: Moving in Place, on view in Santa Fe from January 22 through May 16, 2010.