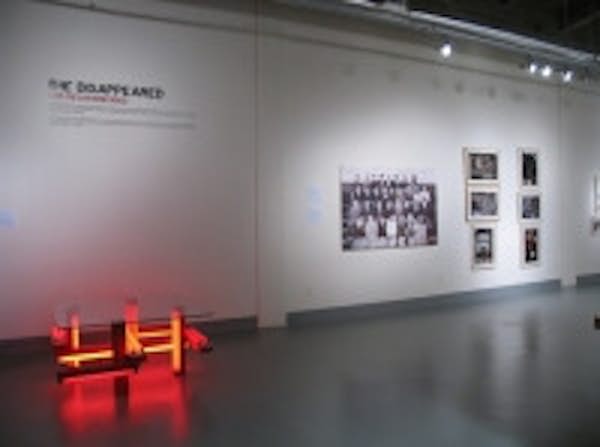 The grant provided support to concurrent exhibitions and cultural programming in El Paso and neighboring Juárez, Mexico. The El Paso Museum of Art exhibited Niño Perdido (Lost Child), a series of drawings by Han Lieberman based on photographs of missing children whose disappearances were reported in local Mexican newspapers. The Universidad Autónoma de Ciudad Juárez with the VIA Galeria in Juárez organized an exhibition of art focusing on Granjas Lomas del Poleo. This community is on the northwestern edge of Ciudad Juárez and is actively resisting a resettlement imposed on them by a coalition of American and Mexican government interests. With the assistance of this grant, the Rubin Center created and printed 50,000 copies of a publication listing all events associated with Los Desaparecidos, hosted a film screening, printed exhibition announcements and assisted with exhibition expenses for partnering organizations.