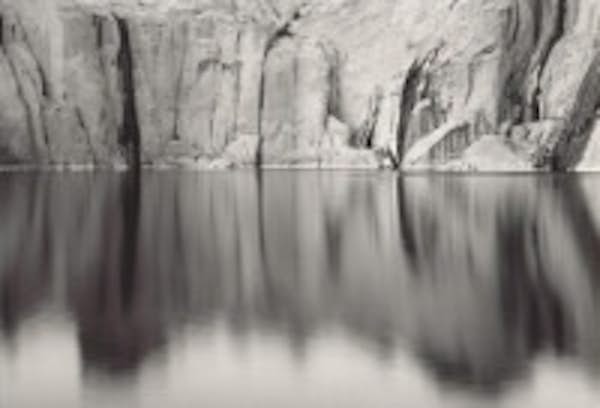 In the summer of 2003, Thomas Joshua Cooper traveled to Shoshone Falls in southern Idaho to photograph where the Snake River had tumbled across a 212 foot precipice, once one of the most sublime and inspiring landscapes in the American West. Cooper’s images were a response to the work of Timothy O’Sullivan, photographer on the nineteenth-century geographic surveys led by Clarence King and Lieutenant George M. Wheeler. Cooper’s photographs simultaneously engage the work of his predecessor while expanding his own formal vocabulary in a project that creates a dialogue about history, geography, and the process of photographic image making. Of the 1,000 printed, Radius Books will donate at least 300 copies to libraries and schools across the United States. Thomas Joshua Cooper is represented extensively in the Lannan art collection.

Radius Books, a non-profit publishing company based in Santa Fe, received a grant in support of the book, Thomas Joshua Cooper: Shoshone Falls.