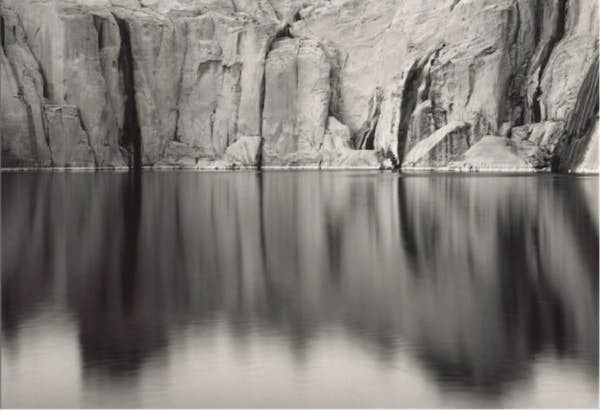 The Sun Valley Center for the Arts received a grant in support of the presentation of Thomas Joshua Cooper’s Shoshone Falls photographs, in conjunction with the exhibition Shoshone Falls: 3 Perspectives, on view from April 20, through July 7, 2012. One of three artists featured in the exhibition, Cooper’s photographs respond to the work of Timothy O’Sullivan, a photographer on the nineteenth-century geographic surveys led by Clarence King and Lieutenant George M. Wheeler, while simultaneously expanding the artist’s own formal vocabulary in a project that creates a dialogue about history, geography, and the process of photographic image making. Cooper took the photographs in the summer of 2003, when he traveled to Shoshone Falls in southern Idaho to photograph where the Snake River tumbles across a 212 foot precipice, once one of the most sublime and inspiring landscapes in the American West. In reference to his work, Cooper comments, “I see my photographs as meditations, it is as simple as that. To be understood they must be experiencedfelt, seen, known. Consequently, I often use the medium of the landscape, for everyone, in some small way, has some very personal relation to the land––thus they are ready (and willing) to come in to look, if not into, at least at the landscapes I produce.”