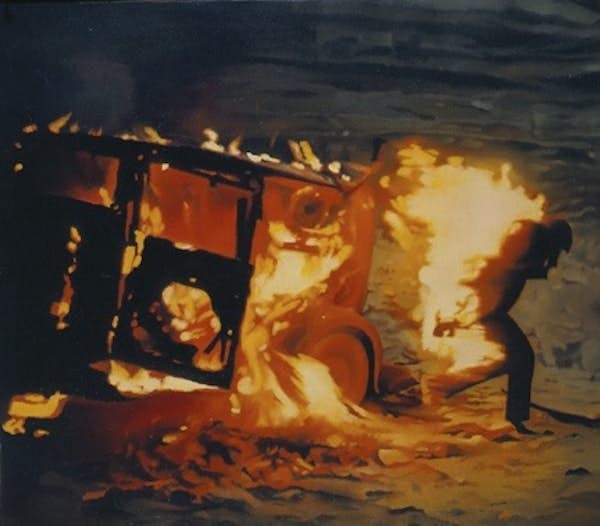 The Menil Collection received a grant in support of the exhibition Vija Celmins: Television and Disaster, 1964-1966, on view from November 18, 2010 to February 20, 2011. Co-organized with the Los Angeles County Museum of Art, the exhibition was the first to concentrate on an important segment of Celmins’ art dictated by a specific time period and subject matter.

The work in this exhibition concentrated on images of war and the power (or lack thereof) of mediated representations. The exhibition, which included fifteen paintings and two sculptures, was accompanied by a 64-page hardcover catalogue featuring original essays. After its presentation in Houston, the exhibition traveled to LACMA, where it was showcased from March 13 to June 5, 2011.