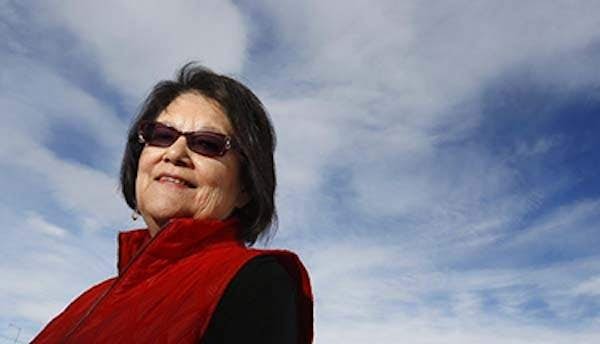 June 20, 2011: A fairness hearing is scheduled at 10:00 am at the United States District Court for the District of Columbia, 333 Constitution Avenue NW, Washington, DC.

April 20, 2011: This is the deadline for class members to object or comment on the settlement. It is also the deadline to submit a notice of intent to appear and speak at the fairness hearing, scheduled for June 20, 2011.

December 21, 2010: The United States District Court for the District of Columbia granted preliminary approval to the Settlement.

November 19, 2010: The U.S. Senate approved the legislation by unanimous consent.

President Barack Obama signed legislation approving a $3.4 billion settlement (the Cobell Settlement) that was reached between the attorneys for both the plaintiffs and the defendants. The Settlement is meant to resolve the long-running and highly contentious class action lawsuit regarding the U.S. government’s trust management and accounting of individual American Indian trust accounts. Of that amount, $1.5 billion would be placed in a common fund to compensate individual Indians who have trust accounts with the Department of the Interior. Attorneys’ fees and other costs would come out of that fund. Also in the settlement agreement, a $1.9 billion fund would be set up to enable the U.S. government to buy fractionated lands for consolidation to be placed in trust for affected tribes. Finally, $60 million would be dedicated to a scholarship fund for Native American students.

This legislation was contingent on approval by both houses of the U.S. Congress.

More details can be found at the Cobell vs. Salazar settlement website, www.indiantrust.com.

Since 1998 Lannan Foundation has supported the plaintiffs in a class action lawsuit against the U.S. Department of the Interior, which has been found guilty of breaching trust obligations to at least 300,000 American Indian individuals. Since the late nineteenth century the government has been in charge of a trust fund known as the Individual Indian Monies Trust accounts. The trust was established when the U.S. Congress broke up and parceled out land owned by a number of American Indian tribes.

Excess lands allotted to individuals from those tribes were put in trust and managed by the Bureau of Indian Affairs (BIA), an agency of the Department of the Interior. Trust beneficiaries derive income from royalties on their land, which the BIA leases out for activities such as logging, oil and gas exploration, and grazing. But for more than 100 years these trust fund monies have been grossly mismanaged. To this day the U.S. Treasury Department issues checks on an account, worth billions of dollars, which cannot be balanced or reconciled.

As early as 1980 government officials knew the trust was being mismanaged, but avoided fixing the problem, perceiving the trust fund beneficiaries had little money or clout to force a cleanup of the system.

But in 1996 this changed when the largest class action lawsuit ever brought by American Indians against the federal government compelled Interior officials to address the mismanagement of trust fund monies. Initially called Cobell vs. Babbitt, the case came about largely due to the persistence of one individual account holder by the name of Elouise Cobell, a member of the Blackfeet Tribe of Montana.

- Elouise Cobell in an interview with Mike Wallace of CBS’s 60 Minutes in 2000.

With her own money, plus funds committed by private foundations, Cobell, her attorney, and attorneys from the Native American Rights Fund began the process of challenging the government in a court of law to hold it accountable for breaching its trust duties. Cobell and four other plaintiffs named in the complaint filed suit on behalf of themselves and as many as 500,000 individuals.

In December of 1999 U.S. District Court Judge Royce Lamberth ruled in favor of the plaintiffs in the matter of fixing the accounting system. He ordered the Department of the Interior to establish appropriate written policies and procedures to bring it in compliance with its trust responsibilities. He also ordered that quarterly written status reports be filed with the court explaining the Department’s progress. Judge Lamberth also ruled the court would oversee the reporting process for five years.

The Department of the Interior appealed that decision, lost on appeal, and then let the deadline pass for a final appeal to the United States Supreme Court. Judge Lamberth is still presiding over the case.

Native American Rights Fund attorney Keith Harper     has worked on behalf of the plaintiffs for more than six years. Dennis Gingold, a banking lawyer hired by Elouise Cobell, has also played a key role in the long-running case.

To date the Department of the Interior has not fixed the trust fund accounting system in spite of the Judge’s ruling. Gale Norton    , current Secretary of the Interior, inherited the lawsuit and the clean-up responsibility from her Clinton Administration predecessor, Bruce Babbitt, who was found guilty of contempt of court for failing to comply with the judge’s orders.

In the second trial the plaintiffs will demand that the government perform an accurate historical accounting of the funds, and pay back any funds that are due the account holders and their descendants. A date has not been set for the second case.